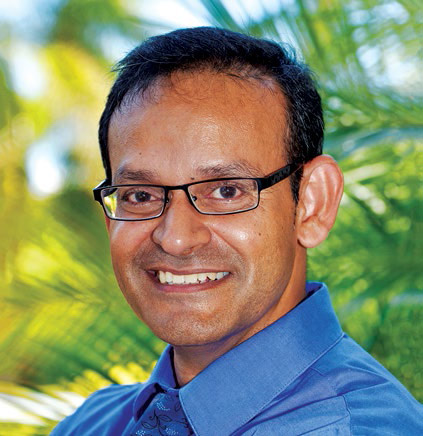 Dr. Roy completed basic medicine and residency in Pathology from KMC Manipal in 1993. He then joined the University of West Indies twinning program at Manipal. The UWI program is a PBL-based curriculum for basic sciences. In January 2000, he was selected as external examiner for UWI campus (St. Augustine) in Trinidad.

In November 2000, Dr. Roy earned a two-year sabbatical posting as Junior Registrar at Princess Margaret Hospital, Nassau, the Bahamas. There he assisted the Department of Pathology with surgical pathology, cytopathology, and autopsies while completing his training with the College of American Pathologists for gynecologic and non-gynecologic cytopathology. He was also involved with the clinical program of UWI in Princess Margaret Hospital, Nassau.

In 1997 Dr. Roy was attached to another twinning program with Malaysia (Melaka University). He continued to be a faculty of the Melaka twinning program after completing his two-year posting at Nassau. This program, too, was a PBL-based curriculum.

Dr. Roy also was appointed to the Medical Education Department in 1997, where he was involved in designing the PBL curriculum in Pathology. He has conducted conferences and seminars in higher education for medical, dental, nursing, pharmacology, and engineering colleges in India.

Dr. Roy was attached to the KMC hospital as a surgical pathologist and cytopathologist. He was appointed Unit Chief for surgical Pathology in 2005. Dr. Roy underwent training in Dermatopathology and helped in histopathological and immunofluoresence reporting of skin biopsies.

During his tenure in Manipal, Dr. Roy taught Pathology for Medical, Dental, and Nursing students. In the year 2006, Dr. Roy joined St. Matthew’s University School of Medicine, Grand Cayman. He was appointed as Curriculum Committee Chairman and in charge of Excellence in Medical Education. He was in charge of conducting the monthly Clinico-Pathological (CPC) seminars.

In the year 2011, Dr. Roy returned to Manipal University, as Professor of Pathology for the AUA, Antigua program. In May 2013, Dr. Roy joined UMHS.