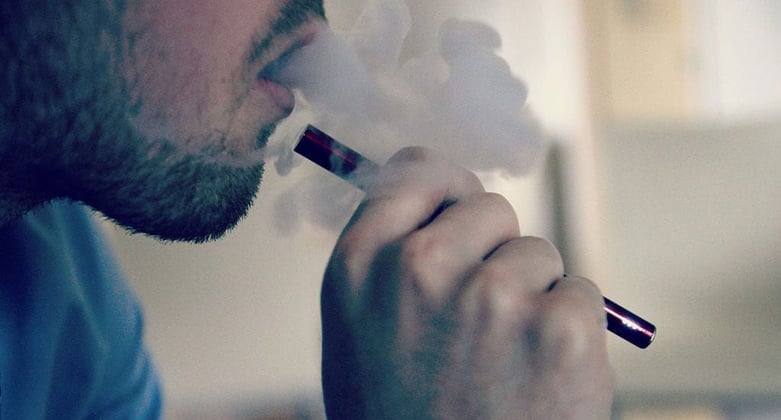 New evidence of cancer and heart disease risks associated with e-cigarettes may mean “vaping” is not really as harmless as some claim.

The UMHS Endeavour looks at two academic journals and their recently published research studies about the health risks of e-cigarettes.

Long praised for having fewer carcinogens and even being a way to quit traditional smoking, e-cigarettes may not be as “safe” as advocates and "vape shop" owners have purported in the past. In late January 2018, New York University (NYU) School of Medicine released the findings of a study in the Proceedings of the National Academy of Sciences and the results were alarming indeed.

NYU researchers, led by study co-author Moon-Shong Tang of the Department of Environmental Medicine, wrote that mice exposed to e-cig vapor had DNA damage in the lung, bladder and heart, and this could mean a possible cancer and heart disease risk, Medical News Today reported on January 30, 2018.

“We propose that ECS [electronic cigarette smoke] through damaging DNA and inhibiting DNA repair, might contribute to human lung and bladder cancer as well as to heart disease, although further studies are required to substantiate this proposal,” the authors wrote in the study published in Proceedings of the National Academy of Sciences.

They noted that damage to genomic DNA can possibly lead to cancer.

Another study, “Public Health Consequences of E-Cigarettes,” published in the academic online journal by The National Academies of Science, Engineering and Medicine, in January 2018 noted that the long-term effects of e-cigarettes “on morbidity and mortality are not yet clear.”

The study said that using  e-cigarettes “results in dependence on the devices, though with apparently less risk and severity than that of combustible tobacco cigarettes.”

A January 23, 2018 press release about the report pointed out that while youth can become addicted to e-cigarettes, vaping devices may help some adults quit smoking.