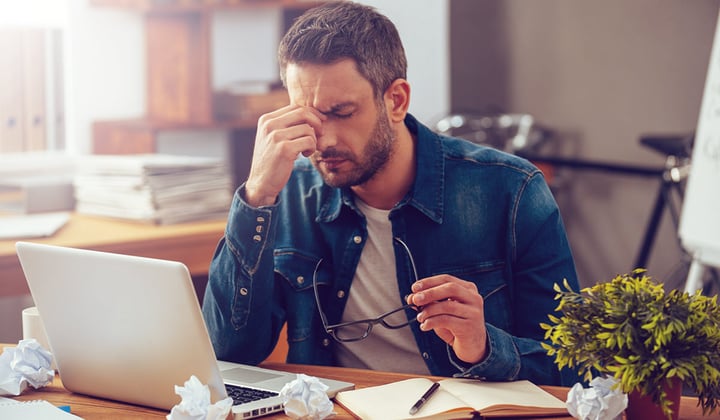 Brain Fog - What are the symptoms, causes, treatments, and COVID 19 medical effects on brain health? 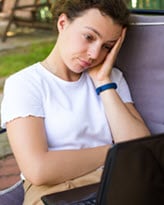 Brain fog is a set of symptoms that many individuals experience. Although it is not a true medical condition, its symptomology make it a frustrating and exhausting occurrence. Brain fog may also be referred to as fuzzy-headedness, mental fatigue and Clouding of consciousness. It includes a long list of similar brain symptoms such as forgetfulness, haziness and poor concentration and it may be caused by a myriad of different underlying conditions.

What Health Symptoms Are Associated With Brain Fog ?

Symptoms of brain fog may include:

What Causes The Fog Feeling?

There are numerous different underlying disorders that could affect the brain and cause brain fog in subjects. It could be as simple as lack of sleep or as complex as a medical disorder, dietary deficiency, or other cause like chronic fatigue syndrome (CFS). Some example causes include:

What is Covid brain fog disease and it's cognitive symptoms?

COVID-19 can have long-term impacts on multiple body systems and organs. Some persistent symptoms in the so-called "Covid long haulers" include:

These issues could be the result of long-term damage to an individuals lungs, kidneys, heart, or other body organs. The damage to these organs, or even just the symptoms caused by the organ damage, can impair cognitive learning and memory, resulting in brain fog. For example, how well could a person concentrate if they have been awake for the better part of the night and have a headache? The medical and scientific community is still looking into possible causes for lingering brain fog that occurs after COVID-19. Several plausible causes have been identified by researchers, including:

Is there a simple Brain fog treatment to help with this foggy feeling In my brain?

Unfortunately, there is no simple single treatment for brain fog. Instead, treatment is usually aimed at correcting the underlying disorder if possible. This may be simple in the case of vitamin deficiency or medication side effect which has a straight forward treatment. However, when the underlying cause is unknown, getting rid of brain fog may be very challenging. There are a few different initial changes one can make if the cause of brain fog is unknown. These include:

If brain fog persists and is affecting your daily activities, it may be time to discuss the issue with your doctor. They will be able to further evaluate a possible medical cause of brain fog, such as chronic fatigue syndrome (CFS), and hopefully correct the situation and find a treatment.

Is There A Medical Link Between Brain Fog, Chronic Fatigue Syndrome (CFS), and COVID 19?

Medical theories have been discussed that link brain fog symptomology with a COVID-19 post-viral syndrome in a letter to the editor by Perrin et al. in Elsevier published in June 2020 (1).

Many subjects infected with COVID-19 go on to develop brain fog among many other physiological symptoms long after their acute infection has passed. In some subjects, post-viral fatigue may last long enough to be classified as chronic fatigue syndrome/myalgic encephalomyelitis (CFS/ME) syndrome. Other symptoms of CFS/ME include persistent fatigue, depression, diffuse muscle pains and non-restful sleep. One hypothesized pathway in which COVID-19 and similar viruses cause CFS/ME is through disturbance of lymphatic drainage in the brain. The lymphatic drainage in the brain normally passes through the cribiform plate of the skull into the nasal mucosa. However, in CFS and perhaps after infection with COVID-19, the drainage is blocked causing a build up in the lymphatic fluid in the brain and lung. If COVID-19 affects this drainage pathway in the brain or one very similar, it could also explain why some individuals infected with COVID 19-19 lose their sense of smell. In CFS/ME, the inadequate drainage of lymphatic fluid in the brain leads to an accumulation of pro-inflammatory molecules termed cytokines. The abundance of inflammatory molecules may be the cause of symptoms like brain fog, fatigue, disrupted sleep etc. in CFS.

Perrin et al. discuss that potential use of osteopathic manipulative medicine lymphatic drainage techniques to try and combat the lingering lymphatic fluid and pro-inflammatory cytokine accumulation in the brain thus lessening the symptoms of CFS, cognitive difficulties, and fog in subjects.

Are There Ways That This May Affect My Memory And Cognitive Function?

The short answer is yes brain fog can affect memory and cognitive function. Fog makes it difficult to think clearly. This may affect both the current cognitive function of the brain causing difficulty with problem solving for example, as well as hindering memory recall causing fuzzy headedness. If symptoms other than fog are present and persistent, it may be time to consider a cause like chronic fatigue syndrome, that is contributing to cognitive difficulties.

How Long Does This Last?

Brain fog may last any amount of time ranging from a few minutes to years. Since the mental fog is a symptom rather than a true disorder it is important to find the underlying cause of the fog. Working with a doctor and having a test performed may be the easiest way to find the cause. Even when the cause of fog, like chronic fatigue syndrome, is found it might not be so simple to find a treatment. Some recommended changes to try and alleviate brain fog and return to normal cognitive function are mentioned in another section of this article.

What Kind Of Doctor Should I See If I Have Clouding of Consciousness Associated Cognitive Thinking And Perception Problems?

Patients should seek help and schedule a consultation at a medical center or with your Primary care Medical Dr. for initial patient care.

What causes Brain fog after eating?

If you are experiencing brain fog after eating, then there are a number of potential etiologies that could be the cause, including:

Food allergies and food sensitivities (intolerance) have been identified as a cause of Brain fog. Food allergies and food sensitivities are both inflammatory responses that people may have to different food ingredients. This is very complex and somewhat controversial topic and should first be discussed with a Primary care doctor first. Many times, patients may then be referred to a Gastroenterologist or Allergist/ Immunologist for further evaluation.

Gluten is present in many types of food and is most commonly associated with Wheat. Celiac disease has been identified as a genetic disorder that is present in 1% of the world’s population and is directly due to gluten ingestion. Reports reveal that 5% to 6% of individuals have Gluten sensitivity which equates to about 18 million people in the USA. Celiac disease and Gluten sensitivity are underdiagnosed problems. More information about celiac disease may be found here and here.

Reactive hypoglycemia is a drop in blood sugar levels that usually occurs roughly 4 hours after eating. It has been associated with symptoms such as confusion and lightheadedness. The exact cause of this issue is not distinctly known, but underlying health conditions should be ruled out by a Primary Care Physician. More information about blood sugar disorders may be found here.

Substances such as Monosodium Glutamate (MSG) have been associated with brain fog symptoms such as dizziness, lightheadedness, headache etc.

Sweeteners such as Aspartame have been the subject of debate for many years. There is still much controversy in this area. Elimination of this from one’s diet may be worth discussing with a primary care Physician.

Reports reveal that a 2% decrease in water to the brain can cause a multitude of symptoms including brain fog, fatigue, poor concentration, and headaches.

Please check out some of our other popular blog posts

Callie Torres is a Captain in the United States Air Force and a resident at Wash U/Barnes Jewish Hospital in St Louis. She is a freelance writer with many published medical articles as well as multiple peer-reviewed medical publications