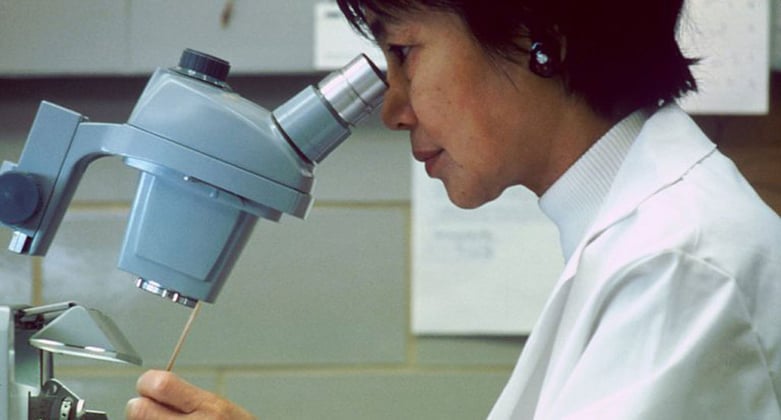 Is There a Cancer Link to Parabens in U.S. Health & Beauty Products?

You have probably seen advertisements on U.S. TV and online about “paraben-free” products such as cosmetics, moisturizers, shampoo, deodorant, sunscreen, and skincare lotions, creams and facial scrubs, but may be unfamiliar with parabens if you don't shop for organic or natural products or have not visited Europe recently.

Parabens are a chemical microbial preservative added to many products and both prescription and over-the-counter medications, and are considered safe for public use by the U.S. Food and Drug Administration (FDA). However, many types of parabens were banned for use in cosmetics by the European Union in 2012, with an additional five types of parabens added to the “banned” list in April this year. Part of the reason is a 2004 British study that detected traces of parabens in breast cancer tumors, making some believe the preservatives are carcinogenic. Many in the U.S. also think parabens are linked to cancer, including some (but not all) cancer and breast cancer organizations, and fans of natural and organic products.

Why all the fuss about parabens? As Livestrong.com explains, “Parabens are used commonly as a preservative, and they easily penetrate the skin. The European Commission on Endocrine Disruption lists parabens as a category 1 substance, shown to be an endocrine disruptor.”

A UMHS staff member recently visited a leading dermatologist in New York City and asked for a recommendation for the best over-the-counter moisturizing lotion or cream on the market to combat years of sun damage to the skin. The doctor recommended one that contained several parabens.

“Intake of parabens is a possible concern because studies have shown that parabens have weak estrogen-like properties,” the organization’s website says. “Estrogen is a female hormone known to cause breast cells (both normal and cancerous) to grow and divide. And some conditions that increase the body's exposure to estrogen (like not having children, late menopause, obesity, etc.) have been linked to an increased risk of breast cancer.”

The American Cancer Society refutes many of the claims by the 2004 British study that found traces of parabens in breast cancer tumors. Below are the highlights.


The American Cancer Society concludes their policy on parabens by saying, “Most people are exposed to parabens. In fact, studies have found some form of parabens in the urine in up to 99% of people in the US. But so far, studies have not shown any direct link between parabens and any health problems, including breast cancer. There are also many other compounds in the environment that mimic naturally produced estrogen.”

The UMHS Endeavour contacted the media relations department at the FDA in Washington, DC. FDA officials declined to answer questions from us, perhaps since the FDA website states that the federal agency “believes that at the present time there is no reason for consumers to be concerned about the use of cosmetics containing parabens” and that FDA “will continue to evaluate new data in this area.”

We found extensive information on the FDA website and the following “frequently asked questions” and answers about the safety of parabens in U.S. products.

“Parabens are among the most commonly used preservatives in cosmetic products. Chemically, parabens are esters of p-hydroxybenzoic acid. The most common parabens used in cosmetic products are methylparaben, propylparaben, and butylparaben. Typically, more than one paraben is used in a product, and they are often used in combination with other types of preservatives to provide preservation against a broad range of microorganisms. The use of mixtures of parabens allows the use of lower levels while increasing preservative activity.”

What kinds of products contain parabens?

“They are used in a wide variety of cosmetics, as well as foods and drugs. Cosmetics that may contain parabens include makeup, moisturizers, hair care products, and shaving products, among others. Most major brands of deodorants and antiperspirants do not currently contain parabens.

“Cosmetics sold on a retail basis to consumers are required by law to declare ingredients on the label. This is important information for consumers who want to determine whether a product contains an ingredient they wish to avoid.”

Are there health risks associated with the use of parabens in cosmetics?

“The Cosmetic Ingredient Review (CIR) reviewed the safety of methylparaben, propylparaben, and butylparaben in 1984 and concluded they were safe for use in cosmetic products at levels up to 25%. Typically parabens are used at levels ranging from 0.01 to 0.3%.”

“On November 14, 2003, the CIR began the process to reopen the safety assessments of methylparaben, ethylparaben, propylparaben, and butylparaben in order to offer interested parties an opportunity to submit new data for consideration. In September 2005, the CIR decided to re-open the safety assessment for parabens to request exposure estimates and a risk assessment for cosmetic uses. In December 2005, after considering the margins of safety for exposure to women and infants, the Panel determined that there was no need to change its original conclusion that parabens are safe as used in cosmetics. (The CIR is an industry-sponsored organization that reviews cosmetic ingredient safety and publishes its results in open, peer-reviewed literature. FDA participates in the CIR in a non-voting capacity.)"

“A study published in 2004 (Darbre, in the Journal of Applied Toxicology) detected parabens in breast tumors. The study also discussed this information in the context of the weak estrogen-like properties of parabens and the influence of estrogen on breast cancer. However, the study left several questions unanswered. For example, the study did not show that parabens cause cancer, or that they are harmful in any way, and the study did not look at possible paraben levels in normal tissue.”

“FDA is aware that estrogenic activity in the body is associated with certain forms of breast cancer. Although parabens can act similarly to estrogen, they have been shown to have much less estrogenic activity than the body’s naturally occurring estrogen. For example, a 1998 study (Routledge et al., in Toxicology and Applied Pharmacology) found that the most potent paraben tested in the study, butylparaben, showed from 10,000- to 100,000-fold less activity than naturally occurring estradiol (a form of estrogen). Further, parabens are used at very low levels in cosmetics. In a review of the estrogenic activity of parabens, (Golden et al., in Critical Reviews in Toxicology, 2005) the author concluded that based on maximum daily exposure estimates, it was implausible that parabens could increase the risk associated with exposure to estrogenic chemicals.”

The following parabens are banned in the European Union by the European Commission as of April 2014, according to ChemicalWatch.com.


Chemical Watch says, “Manufacturers of cosmetic products which do not comply with the new rules can still market them in the EU” until October 30, 2014. All products in the EU must comply by July 30, 2015.

(Top photo) PARABENS FOUND IN BREAST TUMOR SAMPLES IN THE U.K.: British scientists say parabens have been found in breast tumors, but the FDA allows commercial products made with parabens to be sold in the USA because the U.S. Government considers parabens safe. Photo: Wikimedia Commons