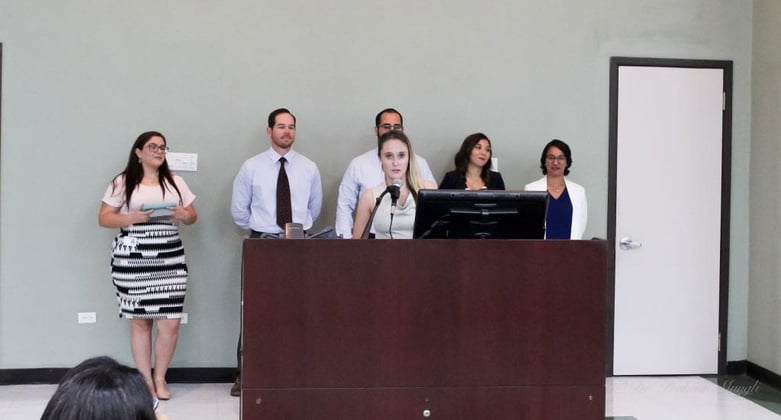 UMHS Research students were busy for the Fall 2016 Semester, under the mentorship of Dr. Jane Harrington, Course Director of Medical Research Elective. In addition to data collection and paper writing, students attended the OneHealth Symposium at Ross University Veterinary School of Medicine, conducted a fundraiser, Water for Haiti, and presented at the Second Annual UMHS Research Symposium.

The Symposium was held November 17, 2016, in the Warren Ross Auditorium and provided students an opportunity to showcase their research activities.

Highlights from One Health Symposium

The One Health Symposium was held November 3, 2016, at RUSVM and was a gathering of students, faculty and experts from UMHS, RUSVM, Windsor Medical School, and St Kitts Ministries of Health and Agriculture.  This year’s topic was Health Antimicrobial Resistance in Animals, Humans and the Environment.

Dr. Jane Harrington is a noted microbiologist and former professor at UMHS.