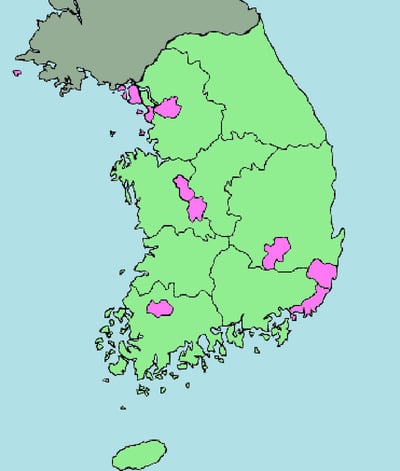 South Korea has a compulsory National Health Insurance (NHI) and everyone is eligible, even expatriates (after receiving an alien registration card from the South Korean government).

In the latest installment of our Health Care Around the World series, the UMHS Endeavour looks at health care in South Korea.  We will examine the country’s nationalized health insurance, and other health-related factors such as the Korean diet and how the government is tackling the unhealthy high smoking rate.

The website AngloInfo says foreigners living in South Korea “who are registered with the National Health Insurance Corporation receive the same medical benefits and services as Korean nationals.

The website Expatarrivals says both Western and Eastern medicine are covered under the National Health Insurance.

Expatarrivals says private health insurance options are available, but “most of these are more expensive and not as widely recognized as the national scheme.”

Below are things of note about South Korean health care from the Expatarrivals website.

South Koreans eat a diet rich in fish, with lots of noodles and rice. For desert, most eat fruit instead of sweets with processed sugar as fruit is rather expensive in the country.

The smoking rate in South Korea is an unbelievably high 42 percent (the USA smoking rate is currently around 17 percent, according to the Centers for Disease Control and Prevention). Bloomberg Business reported in late 2014 that South Korea was raising taxes on cigarettes, nearly doubling the price to 4,500 won ($4.05 U.S.). For more information, visit http://www.bloomberg.com/bw/articles/2014-12-05/korea-tries-taxing-smoking-into-oblivion

Built in the tradition of the best US universities, the University of Medicine and Health Sciences focuses on individual student attention, maintaining small class sizes and recruiting high-quality faculty. We call this unique approach, “personalized medical education,” and it’s what has led to our unprecedented 96% student retention rate, and outstanding residency placements across the US and Canada.