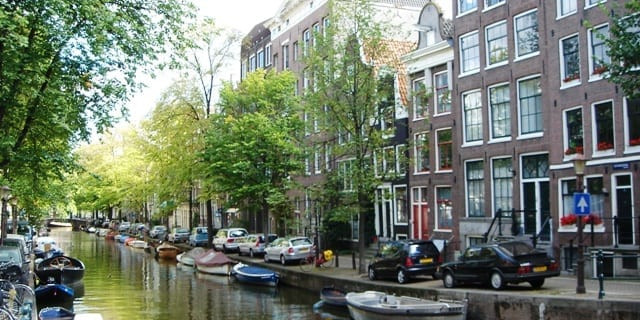 Health Care Around the World: Why Dutch System, Similar to Obamacare, is Model for USA

President Obama’s Affordable Care Act has both fans and harsh critics, but the Dutch have been using a similar, less-confusing nationalized system since 2006 that lets people take advantage of private doctors, tax deductions, government subsidization and regulation, and flat-rate, affordable deductibles. A study released in late 2013 said the Netherlands offers the best health-care system in the European Union. The Netherlands was at the top of the annual Euro Health Consumer Index (EHCI), the metric that compares health-care systems in Europe. Particularly noteworthy is how the Dutch economy comes second only to the United States in spending for health care, according to a Commonwealth Fund report, and there are many parallels between the nationalized Netherlands system and Obamacare because “the Dutch approach combines mandatory universal health insurance with competition among private health insurers".

For the second installment of our Health Care Around the World series, the UMHS Endeavour looks at the fundamentals of Dutch health care, its similarities to Obamacare and what makes Dutch health plans better than Affordable Care Act plans in the USA. We will explore what America can learn from this European nation as we make adjustments to our new health-care system, for the benefit of all Americans and students from U.S. and international medical schools studying to become doctors.

Why ‘Managed Chaos’ Works in the Netherlands

European health official Arne Björnberg of Swedish NGO Health Consumer Powerhouse praised the Dutch system at a conference in Brussels in November 2013, saying all countries can learn from nationalized medicine in the Netherlands.

"The Netherlands has what we call 'a chaos system', meaning patients have a great degree of freedom from where to buy their health insurance to where they get their healthcare service. The difference between the Netherlands and other countries is that the chaos is managed. Healthcare decisions are being made in a dialogue between the patients and the healthcare professionals," Mr. Björnberg said.

Following are facts about the Dutch system from the Commonwealth Fund and Euractiv.com, iAmsterdam.com and CNN.


What Health Insurance Companies Cover As Mandated By Dutch Government