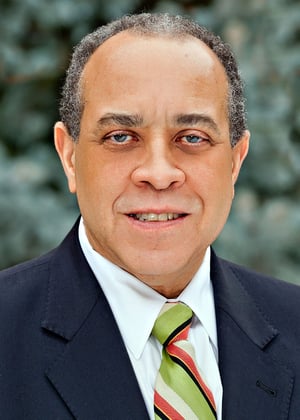 The following is an open letter from President Warren Ross to all UMHS students, faculty and staff.

I am pleased to announce the appointment of Dr. George Shade to the position of Clinical Dean. Dr. Shade has been with the University for many years as the clinical chair of OB/GYN and has been a dedicated and loyal advocate of UMHS. We are thrilled to have him as our new Dean.

Dr. George H. Shade, Jr. has had a very rich and rewarding career in medicine. He is a board certified obstetrician-gynecologist who received his Doctor of Medicine (M.D.) degree from Wayne State University School of Medicine where he graduated with distinction.

He completed his residency training in obstetrics and gynecology at the Wayne State University School of Medicine/Detroit Medical Center Affiliated Hospital Program. He received the Outstanding Senior Resident award at graduation.

During his residency training he became involved in clinical research and has continued that over his career in academic medicine. He has several publications and has lectured extensively on a local and national level. His primary area of research has been endometriosis but he also developed programs in minimally invasive surgery for St. John Health and the Detroit Medical Center. His career as an educator started during his residency training and has continued to date. He holds the academic rank of Associate Professor at Wayne State University School of Medicine, Michigan State COM and the University of Medicine and Health Sciences-St. Kitts. He has also had academic appointments with other medical schools affiliated with Ascension Health.

He brings the experience of being the Director of Resident Education for St. John Health Detroit Riverview Hospital, Chief of OB/GYN for several major hospitals in the Detroit Metropolitan Area, Specialist in Chief for the entire Detroit Medical Center, Chief Medical Officer at major hospitals in Michigan, Indiana and Detroit Community Health Connection, Inc. He has also served as Chief Quality Officer for the entire Detroit Medical Center.

He has received numerous civic service awards and academic awards for scholarly achievement and teaching. He has served on state and local boards, hospital boards and committees.

He has also been very active in the state and county medical societies in Michigan.

I would also like to personally thank Dr. Jim Pringle for his years of service and dedication to the development of both our 5th semester and clinical program. He has stepped down from his position as clinical dean and is now enjoying his well-deserved retirement. We appreciate everything he has done for the university and he will be missed by all.

Dr. Donna Thompson, who is the Assistant Clinical Dean, and Professor of Medicine, is now also heading up the 5th semester program in Maine. From the inception of UMHS, Dr. Thompson had worked alongside Dr. Pringle in developing an amazing 5th semester program. You are in good hands.