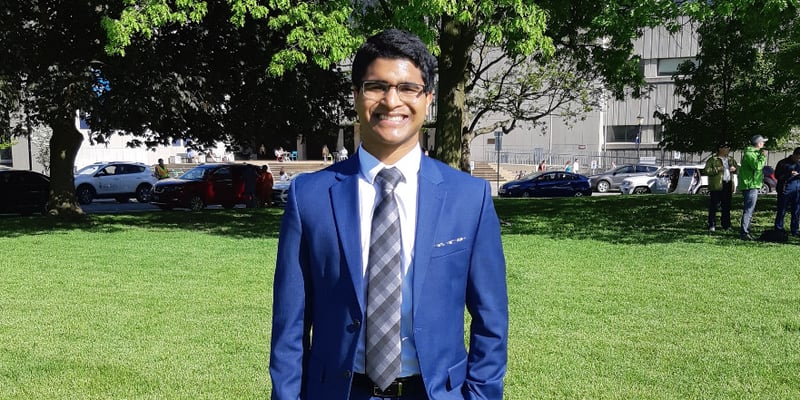 The ninth episode of the podcast Dextrocardia by UMHS features an interview with Aaron D'Souza, a second-year medical student and Genetics TA (teaching assistant) at UMHS. Genetics is full of abbreviated names, pedigrees, and surprisingly, math. Not to worry, though, because TA Aaron D'Souza shares best practices to do well in this class. Aaron is an MS2 student at UMHS. He's joining us from Toronto, Canada. After completing a double major in Health Sciences and Psychology (with a focus on Neuroscience) at the University of Toronto, he started on his endeavor to become a physician at UMHS. On campus, he’s a board member of Brainstorms,  a club whose goal is to enhance the soft skills that it takes to be a great physician, such as teaching, exploring cases, leading teams and organizing workshops.

Other than school, he loves playing soccer (including being a part of the UMHS soccer team). In addition, he enjoys rock climbing, video games, and hanging out with friends.

Episodes are released every other Tuesday. Dextrocardia is available on Apple Podcast, Spotify and Podbean.