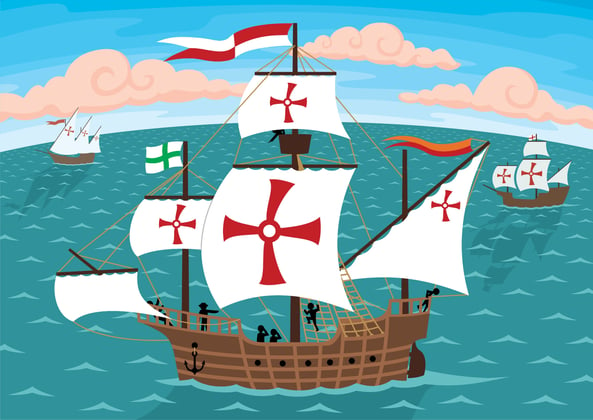 Today is Columbus Day in the USA (and Thanksgiving Day in Canada).

Americans, students at Caribbean medical schools and historians all have different opinions about Christopher Columbus, both pro and con. Did Columbus indeed “discover” America? Let’s leave the answer to the history books and popular debate. What is truly noteworthy is St. Kitts, the home of UMHS, was actually named by Columbus after himself—in honor of himself, depending on whom you ask.

“Kitts” is the nickname and most commonly used moniker for the island. In the United Kingdom, St. Kitts is often still called “St. Christopher” as the former British colony was officially called “Saint Christopher-Nevis-Anguilla” when the Brits ruled the islands, and is still referred to by some Kittitians as the “Federation of St. Christopher and Nevis.” (Anguilla officially separated in 1980.)

As we did last year, the UMHS Endeavour is posting fun facts about Columbus Day from About.com.