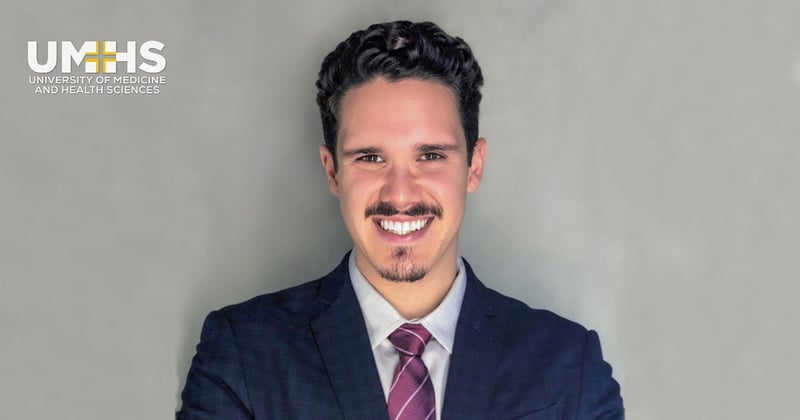 The National Ovarian Cancer Coalition estimates that more than 21,000 American women will be diagnosed with ovarian cancer in 2021, but there are currently no tests to screen for ovarian cancer. If caught in the early stages, there is a 93% chance of survival five years after diagnosis but the problem is most women do not learn they have ovarian cancer until it is in an advanced stage.

The UMHS Endeavour spoke to Dr. Brian Hernández-Colón, a UMHS 2020 grad who is now in his second year of an OB-GYN residency St. Luke Episcopal Medical Center in Ponce, Puerto Rico.  Dr. Hernández-Colón discussed his OB-GYN residency and what he has learned about ovarian cancer, from why it’s hard to screen for ovarian cancer than other women’s cancers to risk factors, symptoms to look for, and more. 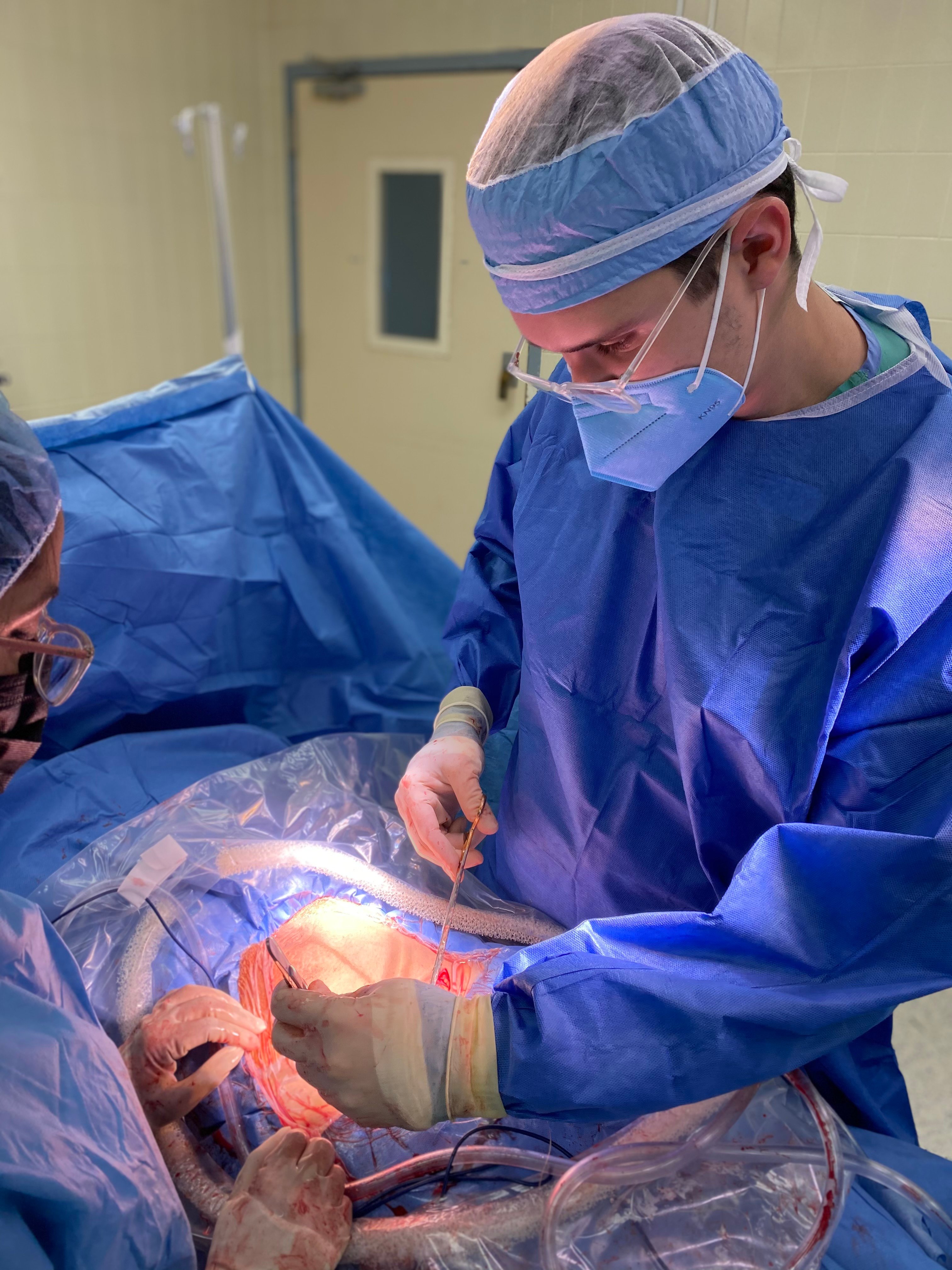 Dr. Hernández-Colón was born in San Juan and lived in Carolina, PR most of his life. After graduating from UMHS in 2020, he started his residency in Ponce, on the southern coast of the island. He said his OB-GYN residency has been great so far.

“I have learned so much in less than a year and a half,” he said. “The first year was very intense and concentrated on obstetrics, which I loved. Now that I am a second-year resident, I get to learn and see more about gynecology.”

He offers insights from what he is learning about gynecology at St. Luke Episcopal Medical Center. While there are many ways to screen for other women’s cancers, ovarian cancer is problematic.

“Unfortunately, screening for and diagnosing ovarian cancer is more complicated than other types of cancer like cervical cancer. For cervical cancer, we can screen performing Pap smears starting at a young age to prevent it. For ovarian cancer, however, there is no screening test approved for early detection of ovarian cancer that reduces ovarian cancer mortality. Due to its low incidence, asymptomatic women should not be screened. It has been proven to cause more harm from invasive diagnostic interventions in the context of a false positive diagnosis. Invasive diagnostic procedures like surgical removal of the ovary should only be performed in high-risk cases. Most ovarian cancers develop after menopause and median age of diagnosis is 63, although it can sometimes affect young women and even rarely can be seen during childhood.” 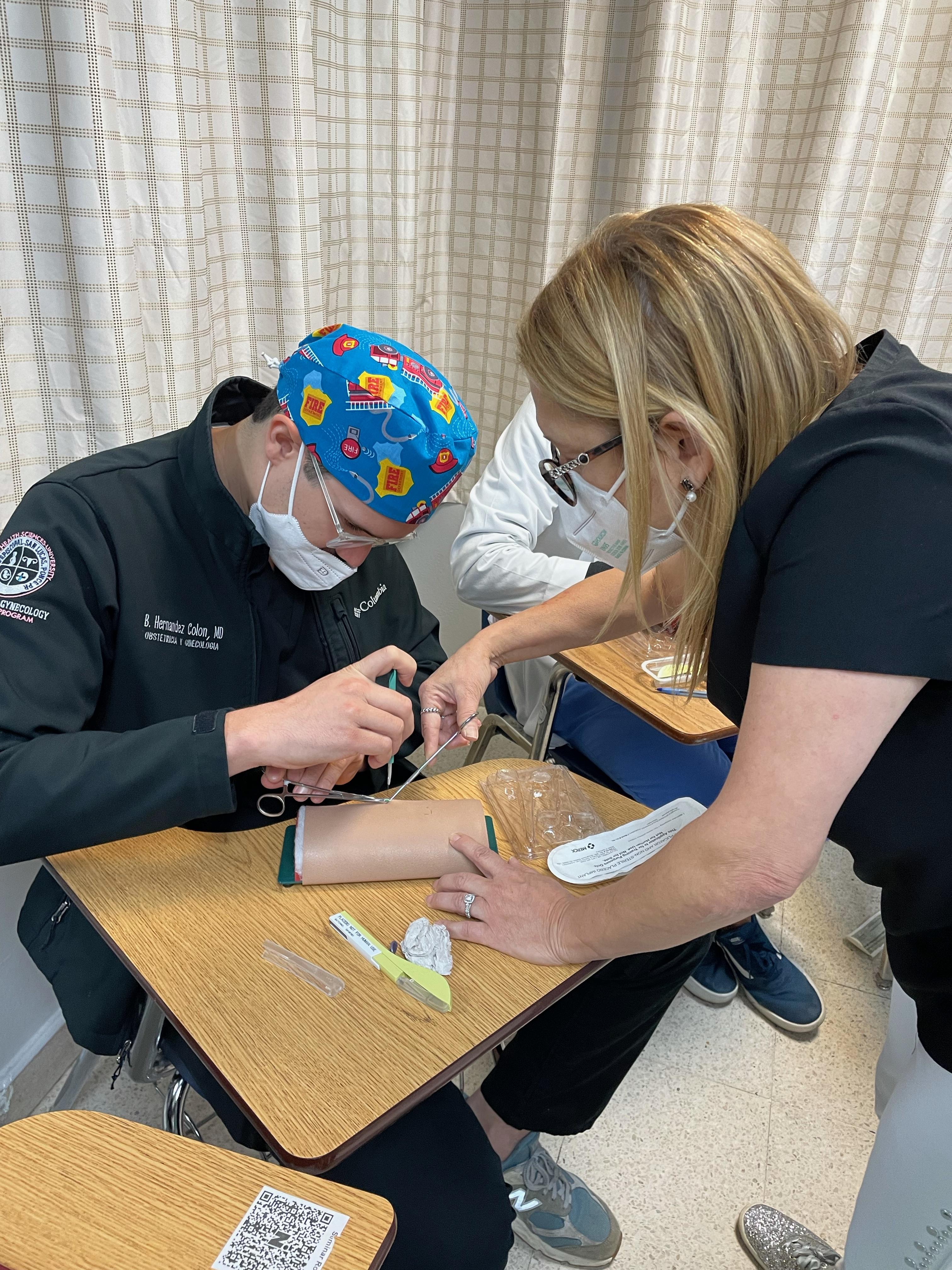 Breast cancers can be detected by doing self-breast exams to find lumps or other abnormalities. Cervical cancer is easily found on a Pap smear. What should young doctors and women look for regarding ovarian cancer?

Dr. Hernández-Colón outlined symptoms of ovarian cancer, including the following: 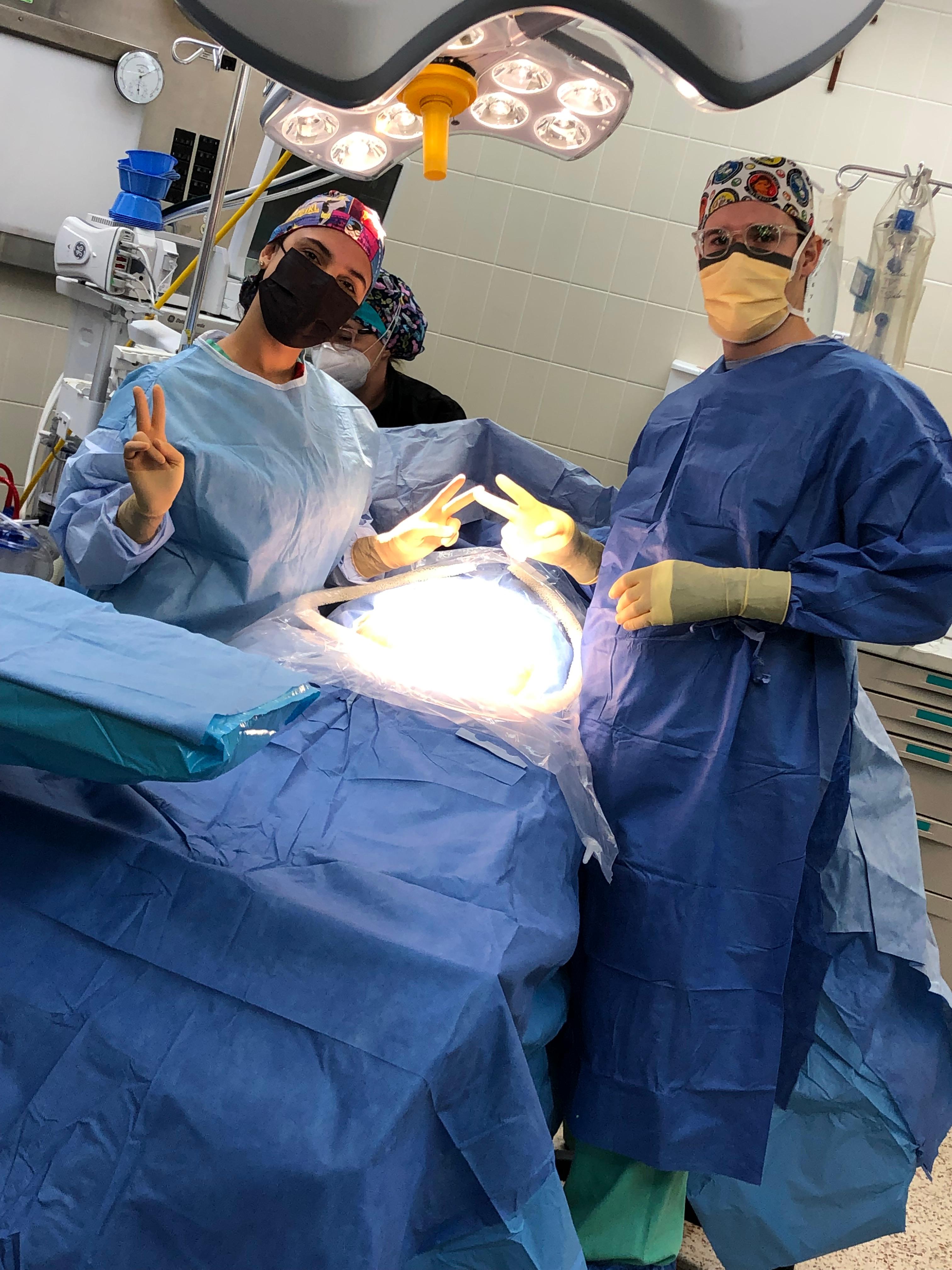 Dr. Hernández-Colón notes that the most significant risk factor is family history of ovarian cancer and/or breast, other gynecologic, and colon cancers.

“Others include obesity, age, never been pregnant or late-age pregnancies (which is becoming more common in women who desire to build a career), smoking, personal history of breast cancer, hormonal replacement therapy and any inherited disease associated to ovarian malignancies.”

Although 63 is the average age of a woman diagnosed with ovarian cancer, the disease strikes younger women, too. We told Dr. Hernández-Colón about a UMHS consultant who lost his wife to ovarian cancer in her early 50s. It was not discovered until her cancer was at stage 4 and very little could be done.

“Unfortunately, that is often the case in ovarian cancer,” he said. “This is mostly due to the challenges we have to screen for it and the vague symptoms it presents with. Many times, when the symptoms are severe enough that we suspect ovarian cancer, the disease has already progressed to a later stage.”

Clinical studies show women who have never had kids are at higher risk for ovarian cancer.

Ovarian Cancer organizations in the USA

Teal It Up Ovarian Cancer Foundation

FORCE  Facing Our Risk of Cancer 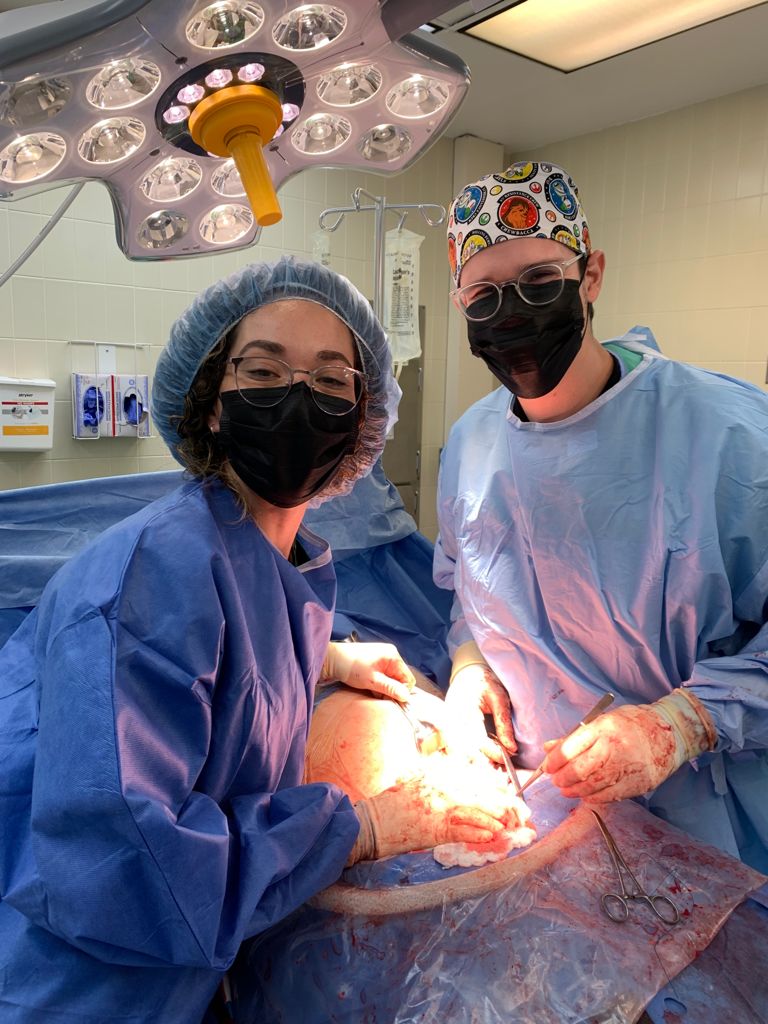 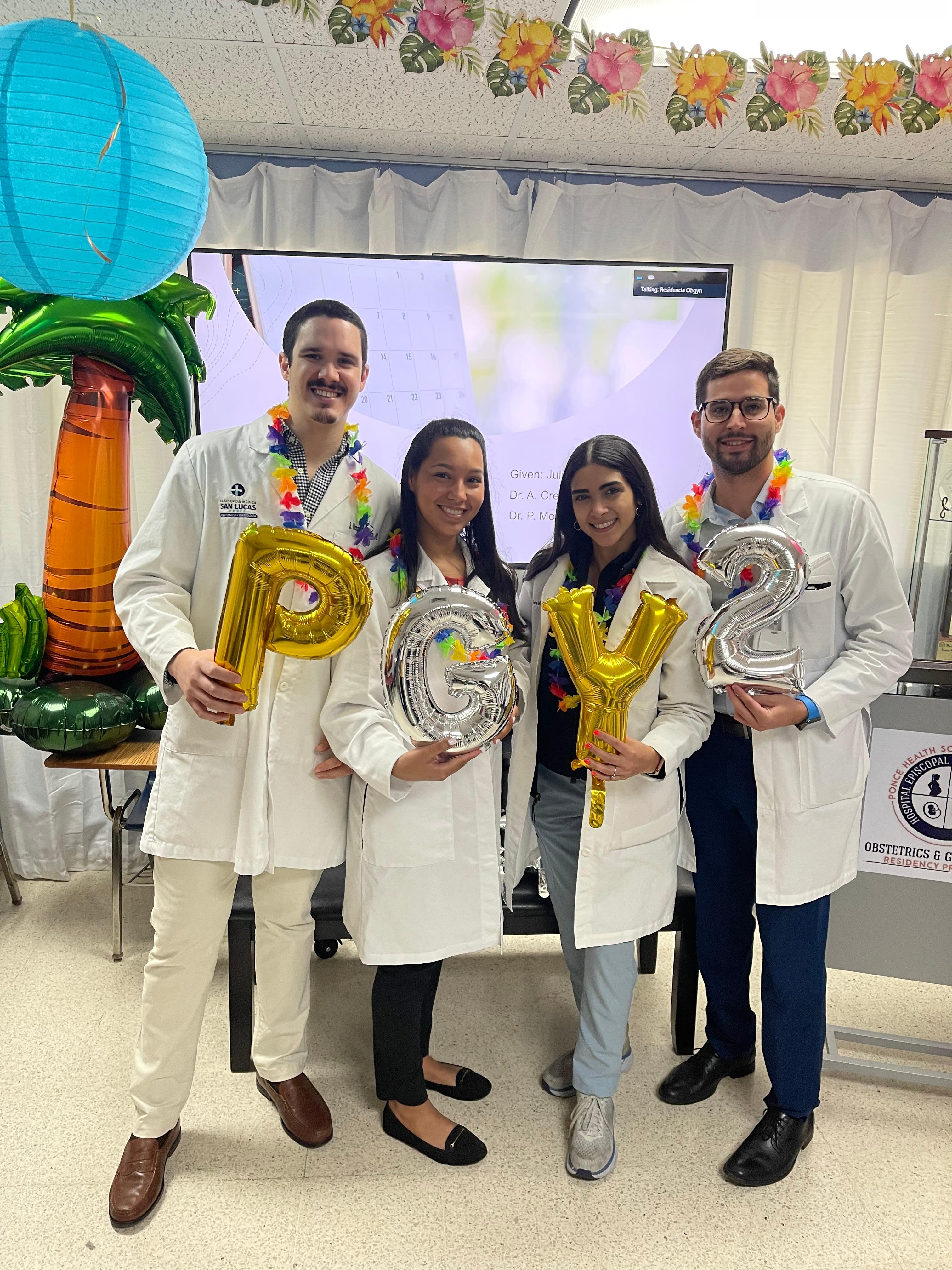