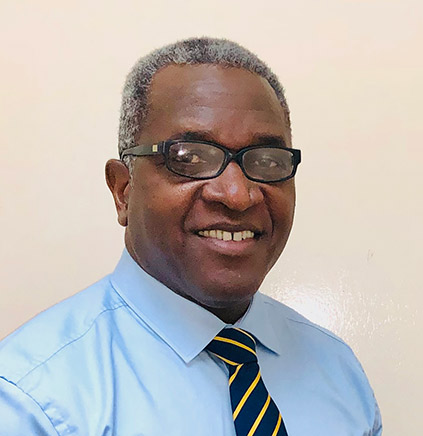 Cameron Wilkinson was born in Basseterre, St. Kitts. In 1982 he obtained the best ‘A’ level results in St. Kitts/Nevis, winning the State Scholarship and went on to study medicine at the University of the West Indies in Kingston, Jamaica.

Dr. Wilkinson graduated with a Bachelor of Medicine and Bachelor of surgery degree in 1989. He won the prizes for the most outstanding student in Surgery and in Medicine and Therapeutics at The Queen Elizabeth Hospital in Barbados. He was accepted into the general surgery residency program at Harlem Hospital in New York City. He completed the five year surgical residency program in 1995, winning the Program Director’s Prize for the most outstanding Chief Resident.

He also obtained a Citation for Outstanding Service to the Greater Harlem Community, New York in recognition of his five years of dedicate service during his residency. He completed a fellowship in Critical Care and Surgical Endoscopy at Harlem Hospital, New York and returned to St. Kitts to work in 1997. He is a Diplomate of the American Board of Surgery, a Fellow of the American College of Surgeons and a Fellow of the Caribbean College of Surgeons.

Dr. Wilkinson has played a pivotal role in the development of several services at the Joseph N. France General Hospital including The Emergency Medical Service, The Intensive Care Unit, The Electrocardiography unit and Surgical Endoscopy. He has also acted as Chief Medical Officer on several occasions.